Roopville Road Baptist Church was blessed that its congregation was growing at a rapid rate. However, that meant that they needed to build a new sanctuary to house their entire membership and keep that positive "energy" by continuing to worship in one service.

Roopville Road's Minister of Music and Administration Bryan Turner was given the daunting task of overseeing the expansion project. While the Church committee was torn between R.K. Redding Construction and another construction company, one of the committee members said that he could serve as the project superintendent, if the Church leadership selected his construction company.

That's when the RKR philosophy made a difference. According to Turner, "Randall Redding of RKR was the only firm of 10 we interviewed to call after the bidding process. In fact, Randall left me a voicemail and said he supported our decision 100% and that he hoped to work with us down the road."

While Roopville Road was securing its financing, Turner said "Steven Hill would call to check-in with me inquire about how the project was going and how the fundraising efforts were coming along. It became apparent to me very quickly that Randall and Steven cared about who we were and what we were doing, even after we selected another builder. That really left an impression on me and the whole committee." 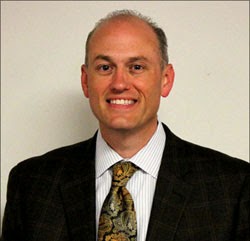 After spending months nailing down the financing for the project, the bank required that the Church rebid the project due to the amount of passed time. Turner said, "We knew instantly that RKR was the right fit for us to select as the other company to participate in the second bid process. Two member of the committee, who have lived in this community a long time, said that they have never heard one negative thing about RKR. Their reputation was a major eye-opener for us and for what we wanted to accomplish as a committee."

"Our Church theme is 'A place for you to call home.' We are all about building relationships and that is exactly what Randall and Steven exemplified."


Known for its conservative stance on lifestyle, strong bible preaching and choir-centered worship, the Church's biggest need was to house its entire congregation and future growth, as well as children-age ministry classrooms and a new music suite. The Church began paying off its debt to begin preparation for the new sanctuary and began master planning to build new worship center.

"Our timing was such that the economy tanked as we began to raise funds, but it didn't change our vision," said Turner. "If you want to show how big God is what He's doing, your faith becomes enhanced by staying true to the vision. We began our formal Stewardship campaign in October of 2011 and we stretched beyond anything the church had ever done before. And with God's help, we have exceeded beyond what even we planned for."

But, that didn't mean they had 'money to burn.' With the Church's significant missionary work - both locally and internationally - Turner feels that every penny saved is a penny earned. "I appreciated that RKR would continuously hunt for ways, on a daily and weekly basis, to reach the same end result at a lower cost. They spent the time to save us money without losing our vision."

"God had a plan for us at Roopville Road Baptist Church and I'm so happy that the whole RKR team has helped us to fulfill that vision."

The first service in Roopville Baptist Church’s new worship center will be held on Sunday, Oct. 19, at 10:45 am.

Popular posts from this blog

By Anonymous November 01, 2015
View Project Photos Alexander High School Principal Nathan Hand laughingly said recently that the school has been in need of a new gym for the past 20 years. This is similar situation that many schools find themselves in these days. About 10 years after the school was first built, the areas growth had far surpassed all expectation. The school was built to handle 1,200 students, but that number has swelled to 1,700. While additional classrooms had been built, the gym still looked like it was built in the 1980’s… which it had. “Our outdated and undersized gym was having a negative impact on the school,” said Hand. “Coaches where having to share offices, the various teams were crammed into one locker room, multiple physical education classes were being held at the same time and team practice were being held late at night or at different schools to accommodate everyone.” Oftentimes, a school these days will have two or three gymnasiums to handle the increased need to field numer
Post a Comment
Read more

By Anonymous May 09, 2016
Habitat for Humanity builds more than homes, it provides a new beginning to deserving people. Since 1976, Habitat has helped 6.8 million people find strength, stability and independence through safe, decent and affordable shelter. R. K. Redding Construction organized the West Georgia Habitat for Humanity home build in Bremen last fall. Twenty companies that work in the West Georgia area came together as one to build a new home for a deserving family in Haralson County. This “community” of volunteers not only made a significant difference for the area, according to recent studies, employees are more satisfied with their jobs when they are allowed to take a day for community service. In addition, 59% of Americans are more likely to buy a product associated with a corporate-nonprofit partnership. Beyond the obvious of doing good deeds in the communities in which you serve, it has been proven that companies which practice corporate social responsibility will significantly outperfor
1 comment
Read more

By Anonymous April 15, 2018
Share with us your background that led to you founding Carrollton GreenBelt. I am from Carrollton, but left in 1990 to attend the University of North Carolina at Chapel Hill. Then I moved back in 2009. While I was away, I biked across the United States and then led as a European guide for Vermont Bicycle Touring. That’s when it clicked for me regarding trails. I first rode with guests on trails separated from roads in the Netherlands. There I saw people holding hands while they biked and carrying pets and their groceries to the extent that it became more than a trail, but a really busy public space. Our Greenbelt serves that role as one of Carrollton's newest parks and showcases local natural wonders. It’s a great way to enjoy the great outdoors. What’s the most rewarding part of what you do/have done at GreenBelt? To see the city of Carrollton submit its application to be a bike friendly community was the most rewarding part to me. That designation is through the League of
Post a Comment
Read more

By Anonymous September 04, 2019
Q: Please share with us your background and how you came to work at TCSG. A: In the mid 1990’s, I began working in the Legislative Budget Office (LBO). In this role, we were charged with the development of the state budget for TCSG (then Department of Technical and Adult Education - DTAE) and various other agencies for the Georgia House of Representatives and the Georgia State Senate. At that time, admittedly, I knew very little about the Technical College System of Georgia as I had taken the more traditional route of attending the University of West Georgia to earn my BBA in Accounting. During my time at LBO, I had the opportunity to travel around the state visiting TCSG campuses. After talking with students, faculty, and staff at the colleges, I soon learned the purpose of what we do at TCSG and why we do it—to supply local business and industry with a skilled workforce. I was fascinated with the mission of the system and the passion of the faculty and staff. I quickly realized th
Post a Comment
Read more

By Anonymous December 06, 2018
RKR: Tell us a little about your background. Jennifer: Prior to working with West Ga Habitat for Humanity, my work experience had always been in universities in either enrollment management or development. When my husband and I moved to Carrollton in 2000, I chose to do freelance consultant work to better control my schedule while being a full-time mom. When a position became available at West Ga Habitat, I realized that I had an opportunity to work for an organization where I could really embrace my faith and make a difference in people’s lives. The position with Habitat allowed me to utilize both my employment and life experiences and my education in psychology and public administration. Working for the organization has been a big blessing in my life. RKR: What excites you about your role at Habitat and how have your responsibilities changed through the years? Jennifer: For the first 15-20 years, the West Ga Habitat was completely run by volunteers. In 2005, I was hired throu
Post a Comment
Read more